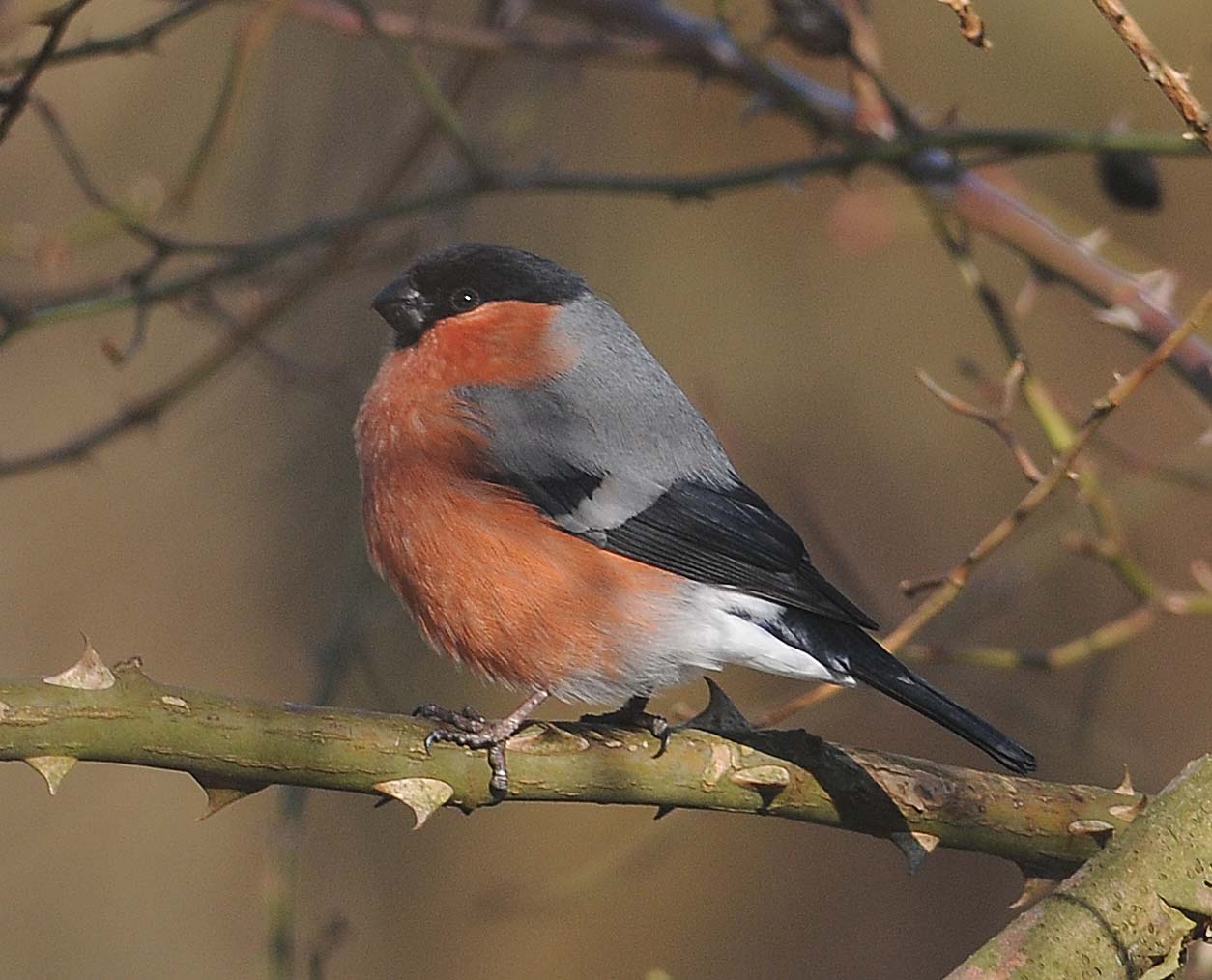 According to Charles Vaurie (1959) the small Bullfinches breeding in western France, Belgium, The Netherlands, western Germany and Denmark belong to the race europoea. He suggests that if  this name is challenged for the small Bullfinches of Normandy, Brittany and Anjou to name them Vieilloti. Vaurie describes the race pileata of the British Isles as very similar to europoea but that males are slightly duller red and females are somewhat darker, browner below and more olive brown above. C.S.Roselaar in Cramp et al (1994) stresses that females pileata are especially browner on flanks compared to europoea. Svensson, 1992 says Ssp. pileata  (British Isles) is small as europoeaand very similar to this,but red of male is a trifle duller, and female is somewhat more olivebrown above and brownish below.

In the Avifaunal list of The Netherlands of 1962 Pyrrhula p. europoea is mentioned as a scarce breeding bird mainly in the east and south of the country and interestingly only 11 cases were published of the nominate pyrrhula between 1925 and 1959. The Avifaunal List of 1970 mentions a recent increase in the West of the country. There is a zone which runs from north to south where no bullfinches breed which separates the breeding birds from the west and east of the country. This situation still exists today even though the coastal breeders have expanded their range somewhat.

The difference in behaviour of these two populations is truly remarkable. Whereas the eastern birds are not particularly shy and feed and breed in gardens, the western birds are shy and avoid any contact with human settlements and breed and feed exclusively in natural
uncultivated areas. So two separate breeding populations occur  in The Netherlands: 1) the long standing population in the eastern half of the country belongs to the race europoea and 2) the population which breeds in the dunes in the western part of the Dutch delta and which has expanded in the sixties to Hook of Holland and further north and which  in my opinion belongs to the British race pileata as in particular the females are very dark and fit the description of this race given by Vaurie and Roselaar (see above). A British origin could also explain the shyness of the western birds since bullfinches were considered a pest in orchards and have long been persecuted in Britain. The pictures below show the small and dark pileata birds which breed in the dunes of Oostvoorne on the Dutch coast.

Vaurie, Charles. 1959. The Birds of The Palearctic Fauna.  Passeriformes. London.