The Baltic Dunlin Calidris alpina schinzii is the rarest of the Dunlin races in Europe. It’s world population is estimated to be no more than 6,000 individuals. It has occassionally
bred in The Netherlands. It is this Dunlin that lives after it’s nickname ‘Plover’s page”. In the Dutch delta area it can be found in groups of Ringed Plover Charadrius hiaticula during spring
migration (February-March), where they occur on the higher, more vegetated parts of the tidal areas. They keep well apart from the more numerous Northern Dunlin Calidris alpina alpina
which occurs in the lower muddier parts. The Baltic Dunlin is the first to complete it’s breeding plumage (March). 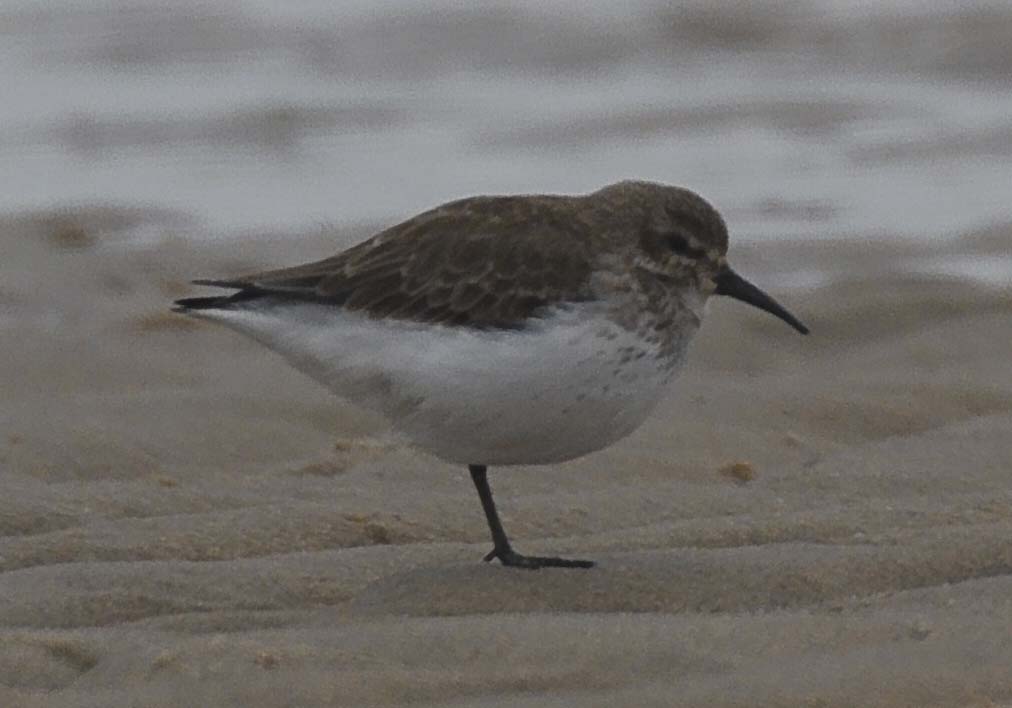